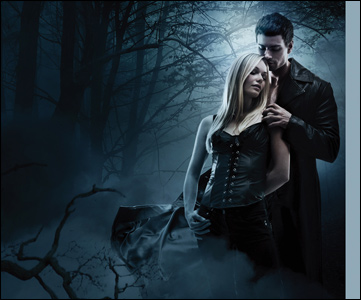 Washington, V.C. (Vamp City) was created in 1870 by a powerful sorcerer. A vampire utopia, it was an exact replica of the humans' Washington, D.C., but one in which the sun never shone—a world of perpetual twilight where vampires can live openly and safely, free to hunt and feed on the humans brought in for their sustenance and pleasure, a paradise where every vampire can, if he wants to, own his own house and his own blood slaves. The vampires have always been free to come and go from this paradise as they wished until the magic began to fade, the world began to crumble, and paradise turned into a death trap.

Only another sorcerer can renew the magic and save them all, but the sorcerers have been hunted to near extinction and dark, dangerous vampire, Arturo Mazza, despairs of finding a savior. Then Quinn Lennox, a human with no knowledge of her magical heritage, wanders in on a sunbeam as she searches for a lost friend. She's the one Arturo's been looking for…the savior…if she'll help them. If Arturo can keep her alive that long.

In the World of Vamp City: 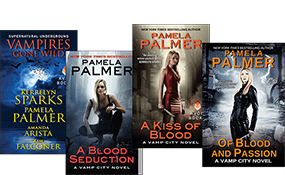 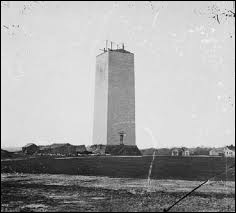 I had a blast researching the D.C. of 1870 for this book. Vamp City was created in 1870, an exact replica of Washington, D.C. (or the portion duplicated) at the time. However, just as a copy of a computer file can be changed without altering the original, the real D.C. continued to grow and expand, the roads paved, while its Vamp City doppelganger changed in other ways—decaying, palaces built for the vamp masters, an arena built for the Games. Without sunlight, the plants all died. Nothing grows in Vamp City except for the 'dead' trees.

In 1870, the Washington Monument was only 1/3rd built. Construction of the Washington Monument began in 1848, but came to a standstill in 1854 when donations ran out. For more than twenty-five years, through the Civil War, it stood at less than a third of its final height until Congress appropriated the funds to complete it. Construction resumed in 1879 and the monument was finally formally dedicated on February 21, 1885. 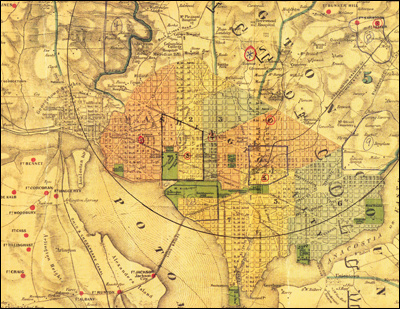 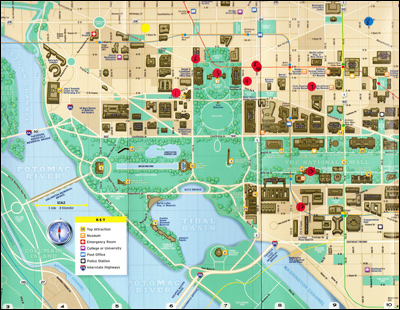 In 1870, the National Mall (the strip of grass that runs between the U.S. Capitol and the Lincoln Memorial) ended halfway, just beyond the Washington Monument. Beyond, was water, the Potomac Shallows that were filled in by the Army Corps of Engineers during the last couple of decades of the nineteenth century. It's on this landfill that the Lincoln Memorial now sits. 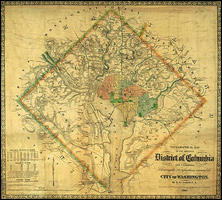 The map I've been using as my frame of reference for Vamp City is the 1862 "Topographical Map of the Original District of Columbia and Environs: Showing the Fortifications around the City of Washington," by E. G. Arnold. Though my print was purchased through the Alexandria (VA) Library, original copies are extremely rare. According to the Spring/Summer 2003 (Vol. 15, No. 1) issue of Washington History, two days after the map went on sale in various shops in 1862, the War Department confiscated most copies, along with the copper plate that was used to print the original maps. In addition, the Department obtained the names of purchasers and seized the maps from the homes of private citizens to prevent it from falling into Confederate hands insofar as the map identifies and locates 51 forts that defended Washington, DC during the Civil War.

Even more fascinating to me is how little of D.C. was city at that time. The vast majority was still farmland and swamp.