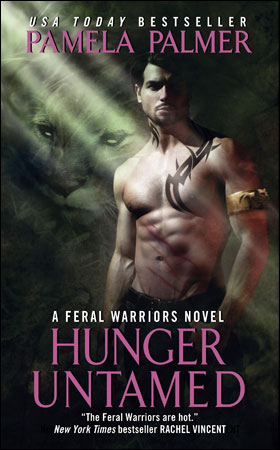 For a thousand years she has haunted him—Ariana, queen of the Ilinas, a beauty of mist and light. His love, his life mate… Kougar believed her lost to him forever until the truth of her stunning betrayal left him bitter and hungry for revenge. Now she alone holds the power to save two trapped and desperate Feral Warriors.

Ariana, caught in a deadly battle of her own, is neither the soulless creature Kougar believes her to be, nor the savior he seeks. And when darkness threatens to annihilate both races, the greatest danger of all becomes the glorious love Kougar and Ariana once shared. A love that must never rise again. A love that has never died. 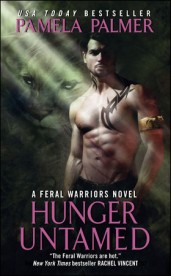 Kougar prowled on four paws through the streets of Harpers Ferry, West Virginia, sliding in and out of the night shadows of the nineteenth-century buildings that rose against the moonlit sky on steps as silent as the pre-civil war human dead that filled the cemetery on the hill. He’d wandered this town alone since the battle four days ago -- a battle between the Ferals and Mage and three wraith Daemons the Mage had managed to release.

The Ferals had won, of course, but the victory had been devastatingly hollow. Two Ferals, Hawke and Tighe, had disappeared into the Mages’ spinning vortex, a spirit trap that would separate men from animals, killing both in a matter of days. Seven, now. That’s all they had left unless the Ferals saved them.

And there was only one way to do that.

One person alone had ever been able to breach a Daemon spirit trap and come out alive. A woman who could turn to mist at will. The Queen of the Ilinas.

Kougar growled low in his cat’s throat, hatred burning through his mind.

Only one woman could save his Feral brothers and their animals.

Ariana, his soulless bitch of a mate.

He’d thought she was dead. For a thousand years, he’d grieved for her until twenty-one years ago when he’d learned the truth -- that Ariana and her race had faked their extinction after being infected by dark spirit. The knowledge had slain him until he’d remembered that the woman he’d once loved was long gone, lost to the dark spirit that had consumed her soul.

Hunger Untamed named Book of the Week by Long and Short Reviews readers. Watch the terrific book trailerthat was the prize.
(posted July 2011)

Hunger Untamed hit #21 on the New York Times bestseller list! Pamela thanks her readers for fabulously and enthusiastically embracing the Feral Warriors. You rock!(posted March 2011)

Chapter 1 of Hunger Untamed begins in Harpers Ferry, West Virginia with Kougar racing through the old Harper Cemetery on cat's paws, then leaping onto the Jefferson Rock, "a small tourist landmark upon which the human, Thomas Jefferson, had supposedly proclaimed the sight worthy of a trip across the Atlantic. Kougar couldn't fault the sentiment as he stretched out atop the bit of shale in his cat's body. The breeze slid through his whiskers as he perused the dramatic, moonlit convergence of the Shenandoah and Potomac rivers far below."

Here are pictures of the Harper Cemetery, the Jefferson Rock, and the view from the rock that Thomas Jefferson supposedly stood on long, long ago and Kougar rested on in Hunger Untamed. In the foreground is Harpers Ferry, West Virginia. To the distant right, the state of Virginia. And to the left of the river in the distance, the state of Maryland. The fourth picture is a shot of lovely Washington Street. 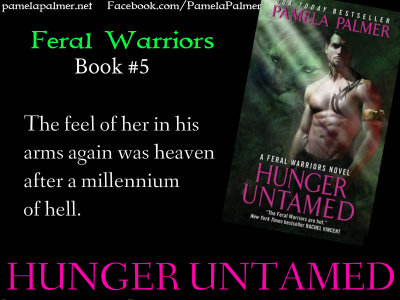 “Hunger Untamed is the 5th book in this incredible series. Action-packed with a continuing story line, a thousand year old love full of passion, and steamy scenes make a perfect read.”

“Every time I read one of Pamela Palmer’s “Feral Warriors” Series I swear it’s the best one. I lied again. Hunger Untamed is the best! A fantastic read.” 5 stars and a Top Pick!